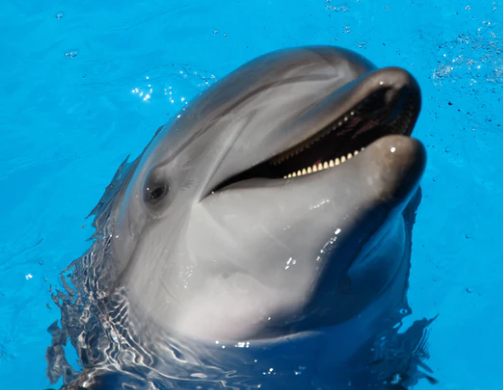 Held on April 14 of each year. The day to raise awareness of the welfare of dolphins and create a better environment for them.

National Dolphin Day is observed to raise awareness of dolphin welfare. Dolphin fame arises in 1960, which ultimately results in Dolphinaria, where dolphins are exhibited and trained to perform all sorts of tricks. Therefore, The Captivity of Dolphins has become a fairly common law since the 19th century.

Furthermore, dolphins face severe threats such as habitual loss, hunting and contamination. Therefore, to overcome these problems and make this world peaceful for this intelligent mammal, this day is being observed as an annual event to raise awareness among humanity to prevent further decline and create a better environment for them.

Explore more about Dolphin and post unknown facts, if any, using this Hash #DolphinsUNKnown on social media. Countries such as India, Hungary, Costa Rica, Chile prohibited the captivity of dolphins in the case of entertainment. The same can be implemented in our country as well. Just post your comments on dolphin captivity using this #SayNoToDolphinCaptivity Hashtag.

In addition, some of the dolphin species are in their decline phase due to dolphin hunting. Therefore, hunting should be prohibited. Not only humans, each creature on this earth has its own right to live. Therefore, we must create an awareness to eradicate hunting for various purposes. Use this #DolphinHunting Hashtag to share your opinion on it.

The term “dolphin” is derived from the Greek word which in turn means “fish with matrix”. It belongs to the family of “cetaceans” and is a close relative of hippos. It consisted of a layer of fat under their skin, which helps them warm up under the influence of cold water. Dolphins can preserve oxygen by slowing their heartbeats during deep diving. Dolphins receive sound only through the throat despite the presence of the external ear and pass through a cavity filled with fat to the inner ear as their outer ear is separated from the skull by sinus pockets, which allow underwater listening.

Dolphins are a remarkable marine animal for its ability to make sounds, which is identified as the loudest among all other marine animals. Dolphins communicate through sounds like whistles and clicks. It has a connective tissue that appears to be human vocal cord. Dolphin clicks are for echolocation. In addition „A species called“ Bottlenose Dolphins ”has a respective hissing modulated as its signature or name. Furthermore, it communicates through these with others exactly as the human has names. These individual whistle sounds remain your signature throughout their lifespan. Furthermore, bottlenose dolphins have great memory power in such a way that they can recognize the respective whistle even after several years without communication. A species residing in the Amazon River, Boto is believed to change shape and be able to have children with women.