Do you want to have something amazing and special on St. Patrick’s Day?

Like many of us, you may be Googling “best St. Patrick’s Day events near me” in order to ring in this year’s festivities (note: many events have been canceled for 2021, but with some St. Patty’s Day luck they’ll be back in 2022). We’ve rounded up the best Paddy’s Day events in every part of the country for you to have the greatest March 17. While a lot of the day should be dedicated to filling up on delicious St. Patrick’s Day food, you definitely want to check out some of these celebrations if you can. Whether you want to spend the day at a family-friendly parade or head to an adults-only celebration where you can consume plenty of green cocktails and beer, you’ll surely find the perfect activity to celebrate the Irish.

From Boston’s annual parade, to Chicago’s emerald green dying of the river, there’s something for everyone to enjoy. Many of these events will showcase impressive talents, like Irish step dancing and marching bands, and might toss out candies, trinkets—and even cabbages if you’re in New Orleans! So put together a DIY St. Patrick’s Day craft, like a costume or sign to wave around, gather your Paddy’s Day crew, and get to one of these St. Patrick’s Day events near you! 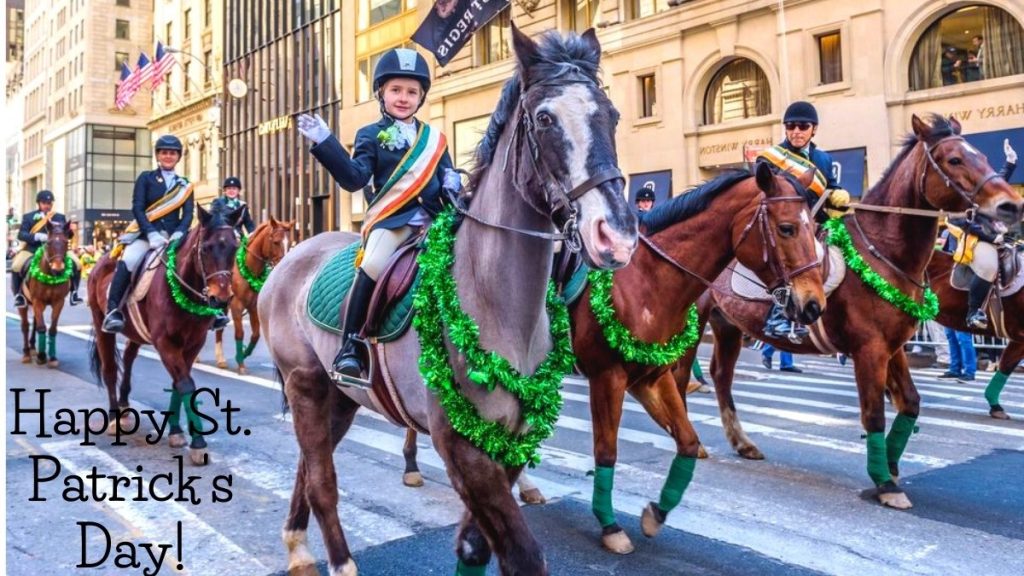 If you’re looking to go big on March 17, you’d better head to the Big Apple. New York City is home to the largest St. Patrick’s Day parade in the country, according to U.S. News and World Report. The NYC Saint Patrick’s Day Parade website notes that each year, the event features hundreds of thousands of marchers and millions of spectators.

2 The second Major event is in San Francisco, California 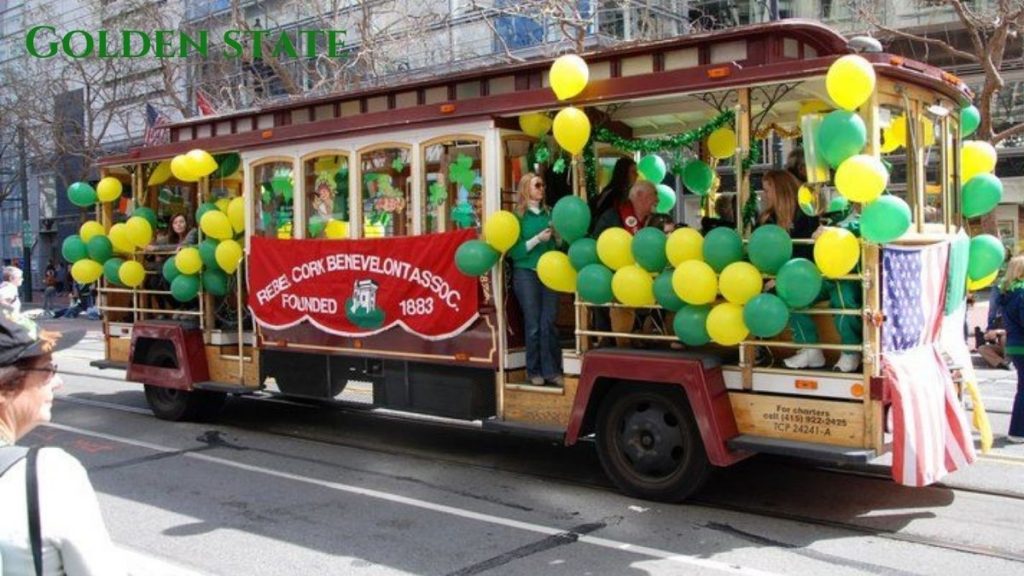 Take your trip to the Golden State for “the largest St. Patrick’s Day parade west of the Mississippi,” according to the United Irish Societies of San Francisco’s website. The 2021 parade is planned as a virtual event. 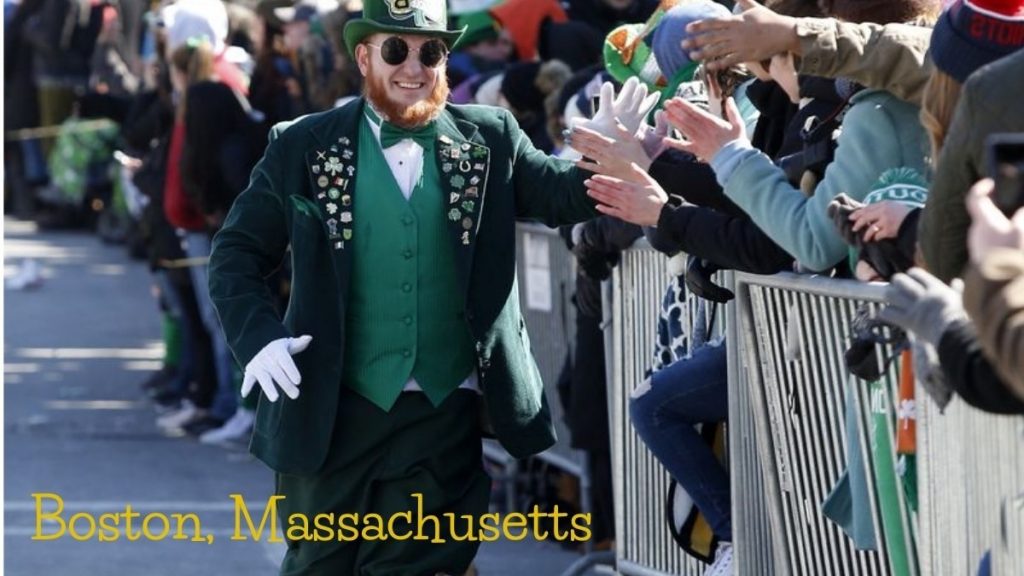 It’s no surprise that Boston knows how to properly celebrate St. Patrick’s Day—almost 30% of the city is Irish, The Boston Globe reports. The Boston Irish Tourism website lists a nearly month-long list of events, including the annual parade in South Boston. 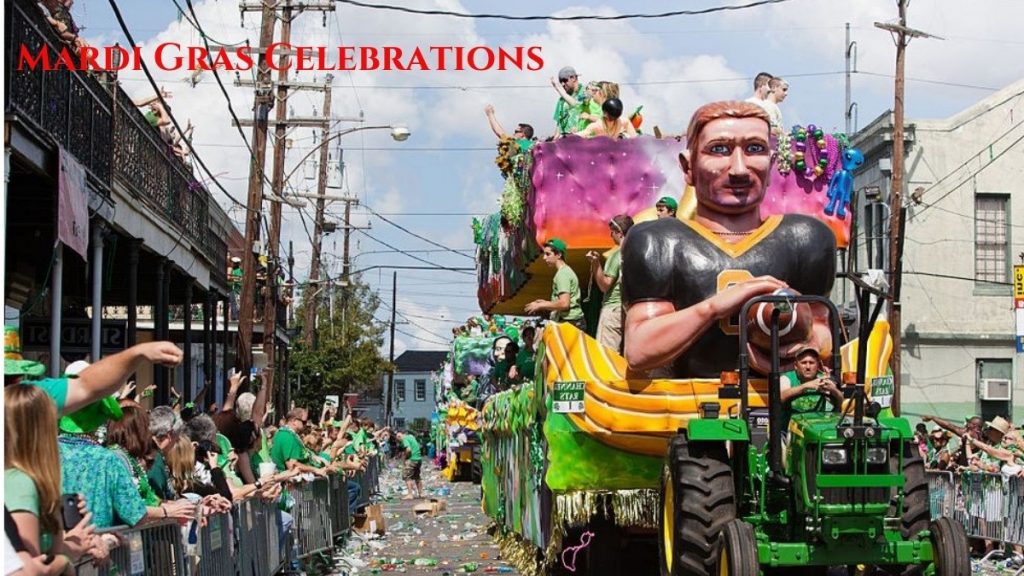 Although it’s best known for its Mardi Gras celebrations, New Orleans also throws several St. Patrick’s Day parades. According to the event’s website, attendees are instructed to chant “Throw me something, Mister!” and sometimes receive cabbages, carrots, and onions.

5 Don’t forget to be the spectator of four hour-long St. Patrick’s Day parade in Savannah, Georgia 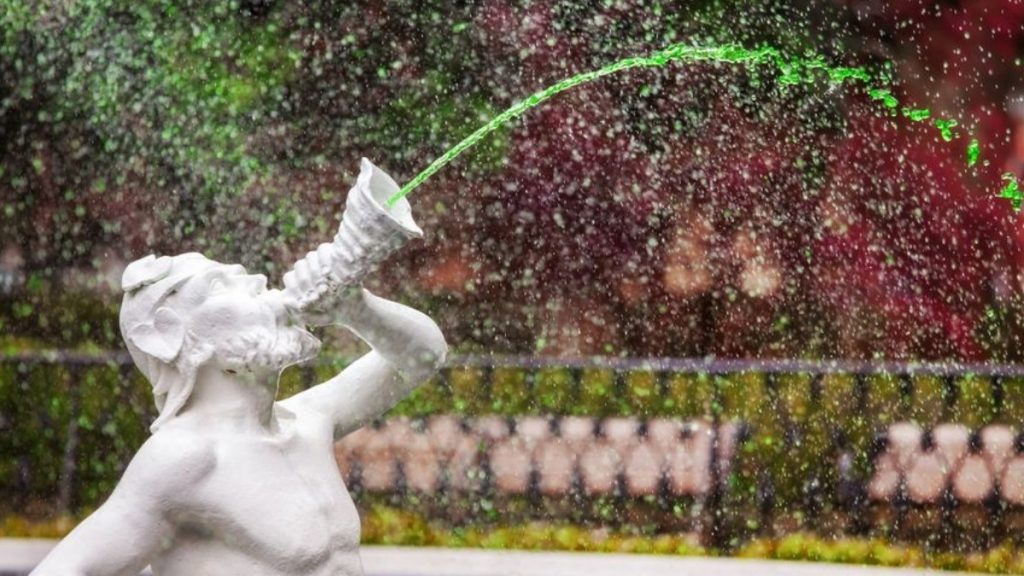 Savannah traditionally hosts a two-day long festival that features a dance party, live music, and a variety of vendors. The southern city is also home to a parade in downtown, that is also the second biggest St. Patrick’s day parade after New York. 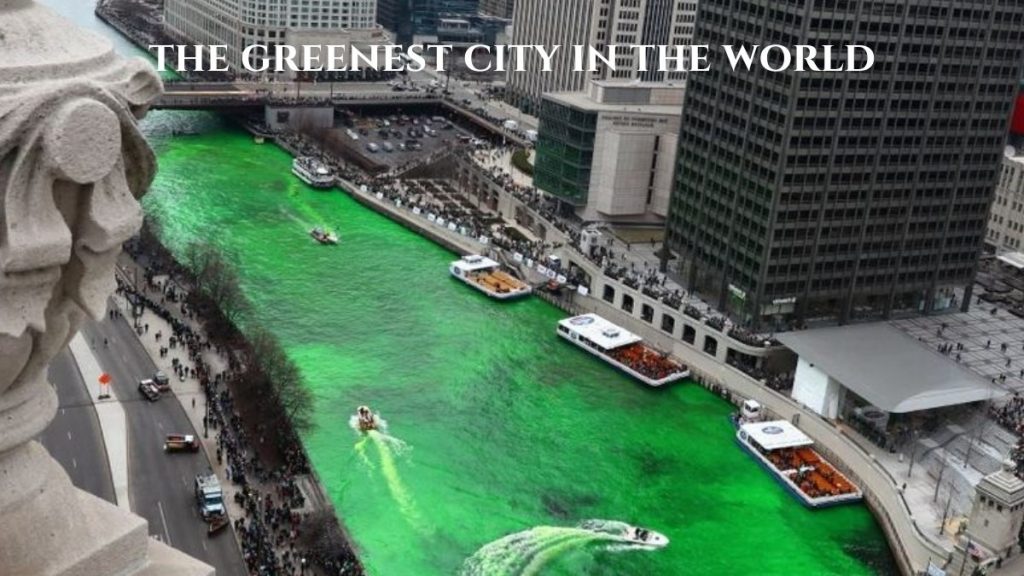 Chicago, aka “Greenest City in the World” takes its title pretty seriously—the Chicago River is even dyed green for St. Patrick’s Day! The city also hosts an annual St. Patrick’s Day parade that travels through downtown. 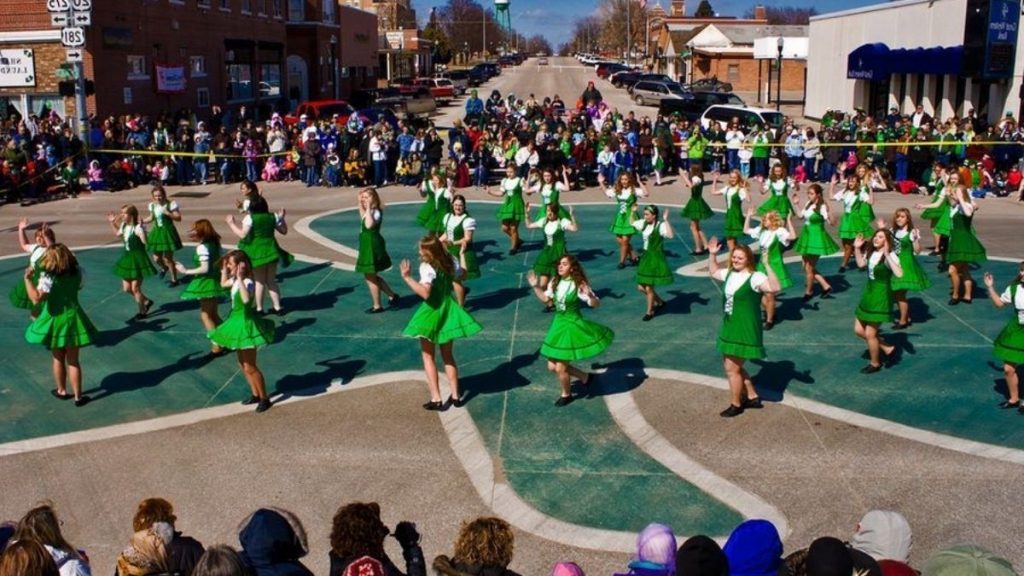 Although O’Neill is home to just about 4,000 residents, it’s still proudly dubbed “Nebraska’s Irish Capital,” according to the city’s website. This quaint Midwestern town is home to the world’s largest shamrock, which is the center of its St. Patrick’s Day festivities. Along with a parade, locals gather for a green eggs and ham breakfast each year. 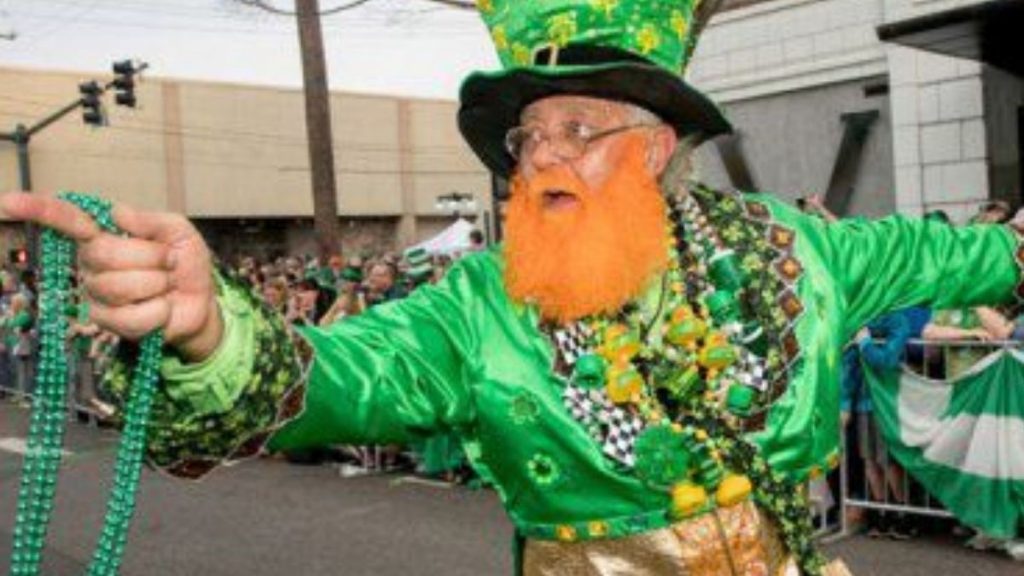 Don’t let the title “World’s Shortest St. Patrick’s Day Parade” fool you—this town features a two-day celebration to honor the Irish! The party traditionally includes live music and is followed by the big (er, small?) event according to their Facebook page. Believe it or not, you might spot a few celebrities in Hot Springs. Joey Fatone, Kevin Bacon, Bo Derek, and John Corbett have all acted as Grand Marshals for the celebration. 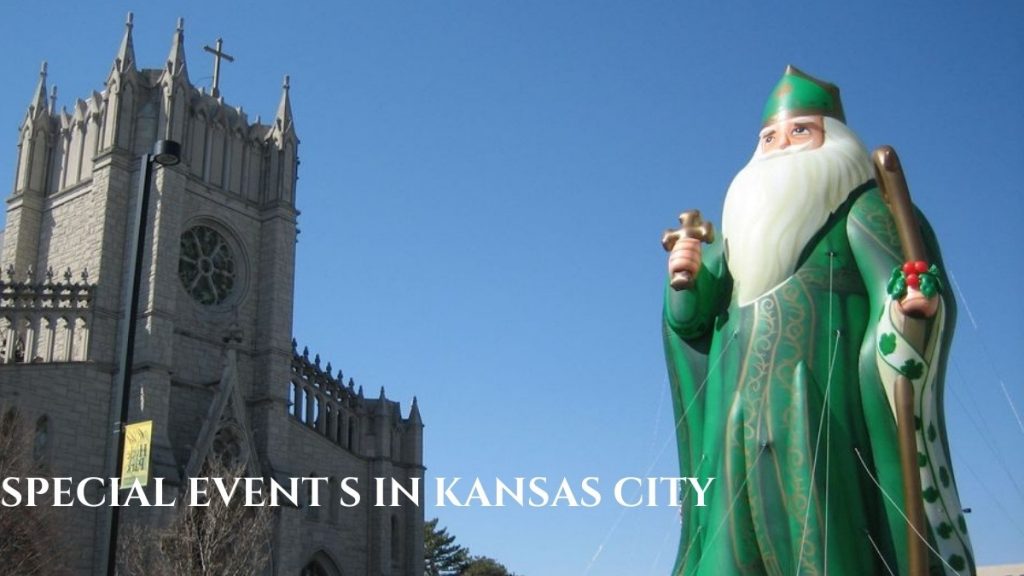 You’ll want to take your celebrating to the Show-Me State on March 17. The next parade will take place on March 17, 2022, in Kansas City with the theme of “Irish Wit and Whimsy,” according to the KC Irish Parade website. 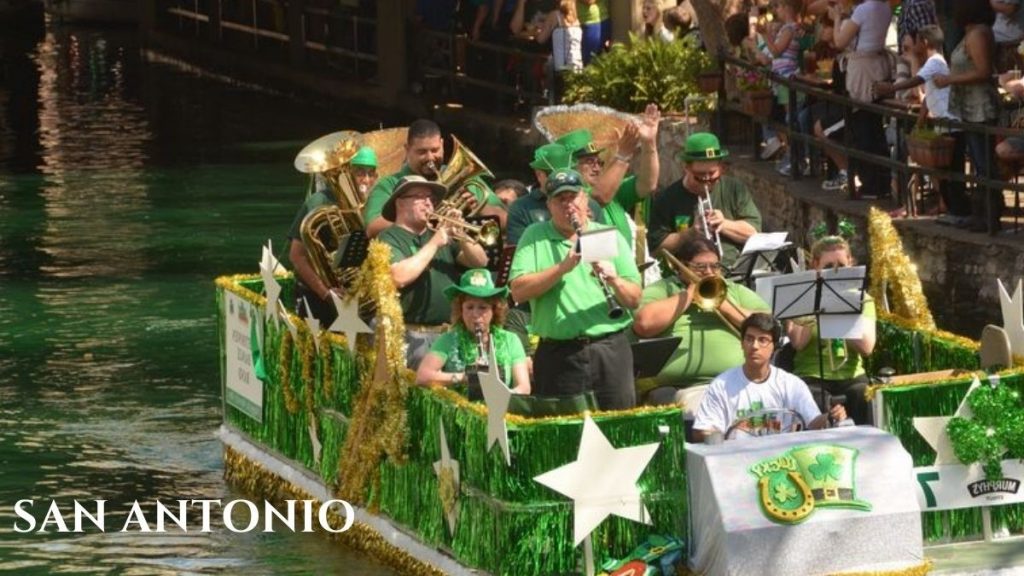 Enjoy Celtic dancers, authentic Irish food, and even a tater tot eating contest at San Antonio’s green-themed event. Make sure to be there by 1 p.m. to watch the River Walk get dyed green!

Let’s explore the most popular event of St. Patrick’s Day around the globe 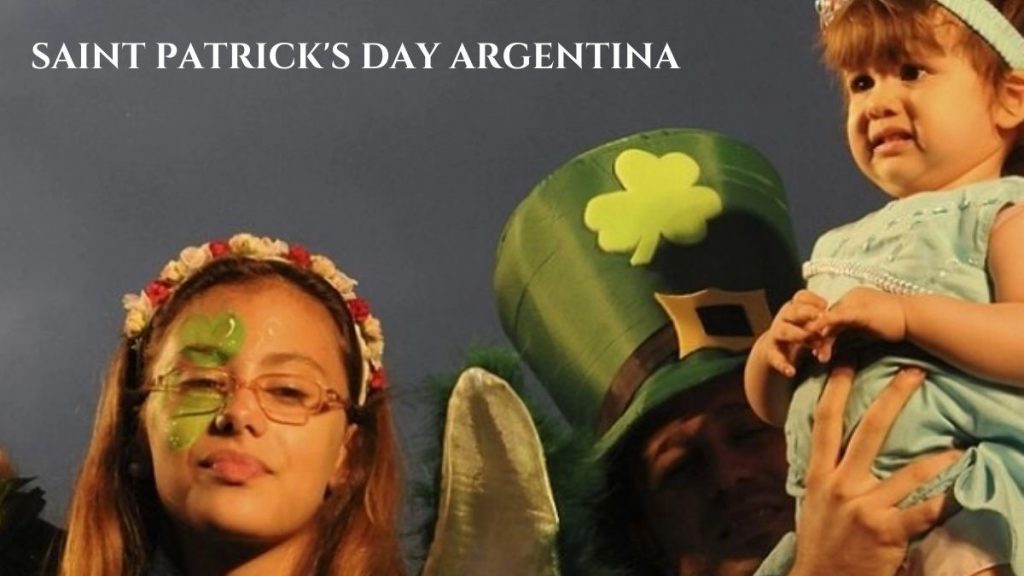 One of the largest St. Patrick’s Day parties in the world takes place in the city center of Buenos Aires. Officially known as El Dia de San Patricio, the event celebrates the origin of the approximately 500,000 Irish people who call Argentina their home. About 50 lunches and beers will open with the Avenida de Mayo in the afternoon, followed by live music and dance performances at the Plaza de Mayo in the afternoon. Visitors can also look forward to the performances of various Irish dance troupes as well as the true Irishness presented by the U2 Tribute Band, Andy Pomato. 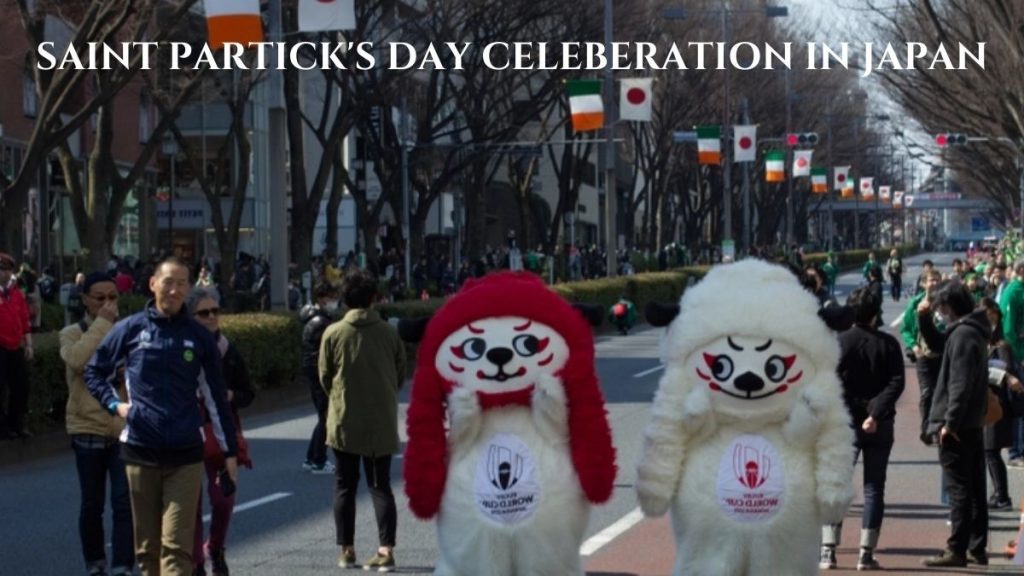 Japan is another country that holds a special place in St. Patrick’s Day. Tokyo launched the parade in 1992 in support of the former Irish Pots. What started out as a small conference has become the largest Irish event in Asia. The festivities take place over the weekend and feature a unique blend of distinctive St. Patrick’s Day traditions and Japanese costumes and costumes. 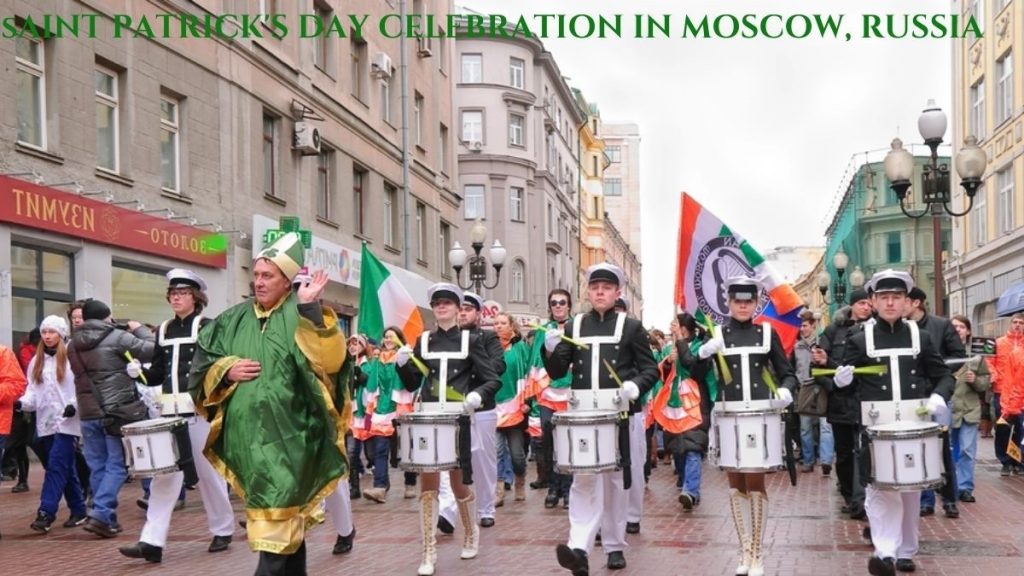 It took some time until the Russian Orthodox Church decided to accept St. Patrick in its liturgical calendar. However, when they work with slightly different calendars, they celebrate the day on March 30th. Meanwhile, in Moscow, authorities have been hosting the St. Patrick’s Day event since 1999. The official part of the event consists of a military parade, similar to an informal carnival. Every year there are 70 celebrations related to Ireland in Russia.