Maybe there is no better day to have a birthday. Maybe the fall of your birthday on July 23 is terrible. I do not know. All I know is that my birthday is March 17, St. Patrick’s Day, and that’s ridiculous. Or at first, it is fun, and then it sucks, then it sucks a lot.

Patrick first cursed birthday, the cake said “Patrick” on it

Let me begin, as with all birthdays, just the beginning: my own birth. I arrived in this world about two weeks after Mother’s Day of arrival, after a long day’s work, as a big and apparently lazy boy, at 9:25 pm, March 17, 1985. Another three hours I was saved – but I was saved. When my Irish-Brooklyn family found out that I was not named after Patrick, they panicked, my grandmother being my mother above all else. Since my parents hoped to compromise by making my middle name, our relatives kept calling me Patrick, and when it came to my first cursed birthday, the cake said “Patrick” on it. 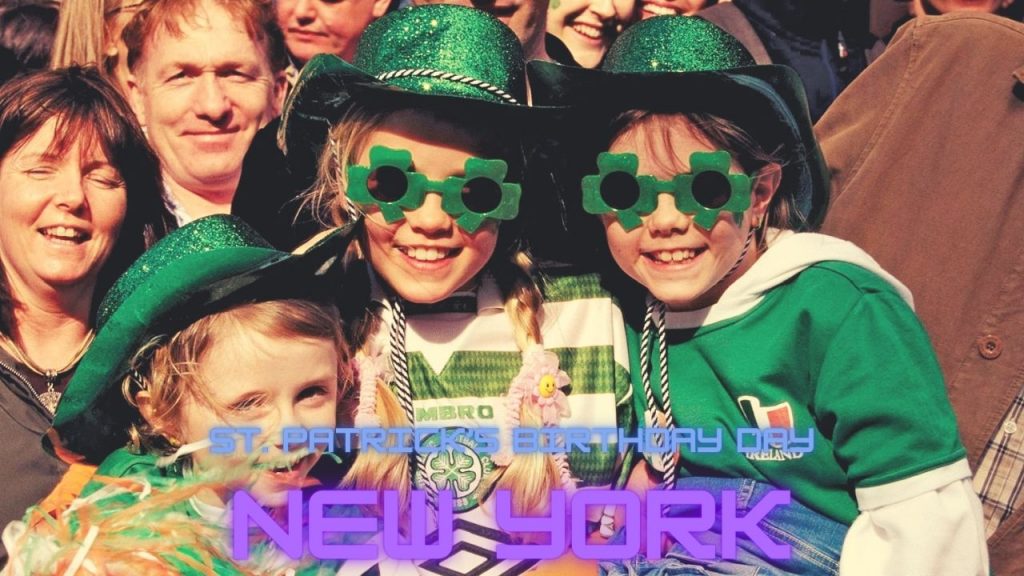 As I said, it wasn’t all bad, but even good things had a way to turn sour. My parents told me that St. Patrick’s Day in New York was my birthday, and I waved to everyone who marched as if to thank them; I was later disappointed to learn that the celebration had nothing to do with me. My mother gave me cakes to take with me every year and beautiful little Irish toothpick flags, but my favorite green fridge with my favorite food made the other kids suspicious, and sometimes I would go home with half left. Our family would have beef tenderloin, cabbage, and boiled potatoes at the holiday party until I had the courage to admit that I wouldn’t say I liked all of that. You don’t know how guilty I felt when I asked if we might have made spaghetti and meatballs instead.

St. Patrick’s Day as it appears in the United States

As I grew up, I began to accept that my special day would always be set aside for at least one day in anticipation of St. Patrick’s Day as it appears in the United States, which is a downward trend when drinking alcohol emphasizes incomprehensible ancestors obligations. (In Ireland, I was educated, very family-friendly.) Like many Americans, I had a few days off Paddy’s Days before I turned 21, and I had no defense against this complaint – so I was really looking forward to March 17, 2006, when I finally got to lift a glass in the area. For drinking. Imagine my frustration when a comfortable webmaster in our college town checked my ID that night and said I could not come in. The New Jersey driver’s license I applied for that ten-year period was one of the worst, and it must have seemed the easiest tad, not to say the least, to say I was 21 years old as the biggest drinking night of the year. It took my friends 10 strong minutes (and I think many bribes) to get me in the door. And when my problems started, honestly.

“Does this mean we can go home?”

After my band twice tricked me with the word “prairie fire” – a combo of tequila and tabasco that burns for hours, if you want to ruin someone’s evening – I quickly moved on to “get up” to keep calling another bar, all the lights are on. suddenly. “Does this mean we can go home?” I was asked to ask for a room. Then came the arrest that would end the end of future birthdays, including a year later when I had to hide on a subway system hundreds of blocks before I stopped to hit the platform trash. Do other people have precious memories of special birthdays? What I found was a blackout archive nearby. Not that I don’t drink much on pretexts other than this ridiculous record, but the combination of St Pat’s peer pressure and bond for your birthday gives you a free shot and beer every time it starts to add up.

What I want is the cheapest gift

Above you, let me say this, I hate Guinness for my life. Guinness is not a drink, it is food. It’s like dripping a loaf of bread. Jameson is not very popular, even though it leads to dark places (my dad refuses to drink them because of some bad experience he never intended to explain to me). Worst of all is the horrible Bomb Car, founded by an apparently tormented soul who wanted to sleep peacefully in the grave. Marking a mixture of Guinness, Jameson, and Baileys (my aunt sends me a bottle every year, I can’t even give them one) is a crime against your body and the gods. But try to order a lousy vodka-soda or, heaven forbid, Stella on my birthday and watch the bartender win. What I want is the cheapest gift not to be judged about this! And to be honest, I look sickly in green – don’t embarrass me by dressing in my own way.

I was completely comfortable in the hot, sweaty, and fragrant bar

I know things are going to get worse. Not long ago, I was completely comfortable in the hot, sweaty, and fragrant bar of the diving bar on St. John’s Day. Now it is a furious rage. Lately, around March 17, I have to reassure myself that going out can be fun, thinking foolishly quiet cocktails and chatting with smart friends. The fact that we are immersed in a strange and unfamiliar crowd, and finally a very drunk woman in a 50-meter dot, dressed in a green leprechaun hat and Mardis Gras-style beads, I stumbled when I cried in my face that I looked like James Van Der Beek. He will then drag his girlfriend to confirm the test. This is no exaggeration. All of this has happened.

I hear a pack of happy cheers on the way

Maybe it’s my fault. Maybe I should stop playing the victim and the martyr. It won’t be hard to stay home this year, pour me some high Irish whiskey – one source, even – and stay with Seamus Heaney’s poetry book. Or Beckett! Listen to the chiefs’ record. Why not? My birthday. I am not a slave to the cultural hangover of a certain medieval festival. Until I hear a pack of happy cheers on the way to make toast and imbibe rambunctiously, and then I start to think: Maybe this year it will be different.